And Then There Were None

Ten strangers are summoned to a remote island. All that the guests have in common is a wicked past they’re unwilling to reveal and a secret that will seal their fate. For each has been marked for murder. As the weather turns and the group is cut off from the mainland, the bloodbath begins and one by one they are brutally murdered in accordance with the lines of a sinister nursery rhyme.

by Joe Landry
Directed by Richard Medernach and Ian Elliott

Spies, murder, love, and other trademarks of Alfred Hitchcock come to life in the style of a 1940s radio broadcast of the master of suspense’s earlier films. With The Lodger, Sabotage and The 39 Steps, Vintage Hitchcock: A Live Radio Play is a triple feature, complete with vintage commercials, that recreates a daring train chase, a serial killer’s ominous presence, and a devastating explosion through the magic of live sound effects and musical underscoring.

Newman Players is the theatre group at St. Thomas More College at the University of Saskatchewan in Saskatoon. Under the direction of Richard Medernach, we offer students, faculty, staff and alumni opportunities to be part of our drama productions – all in 3D! Most of our productions are presented in the Fr. O’Donnell Auditorium at STM College.

Auditions postponed as a COVID-19 precaution. We are looking at two options:

A) cast in early May and keep the June Production plan, and

B) cast in September and move the production to Oct/Nov. Updates will be posted here and on our social media.

By Joe Landry
Directed by Richard Medernach and Ian Elliott

Auditions are available in 10 minute time slots on

Please contact rmedernach@stmcollege.ca if you cannot make an available audition time and would like to make alternate arrangements.

All auditions will take place on stage in the Fr. O’Donnell Auditorium (STM 140).

Show us your talent for voice and accents. You will be asked to read from the script. You don’t need to have a monologue prepared, but we will allow you to perform a two-minute (or less) piece that demonstrates your voice acting prowess!

The Fr. O’Donnell Auditorium is on the first floor of the college (Rm. 140). It is wheelchair accessible. 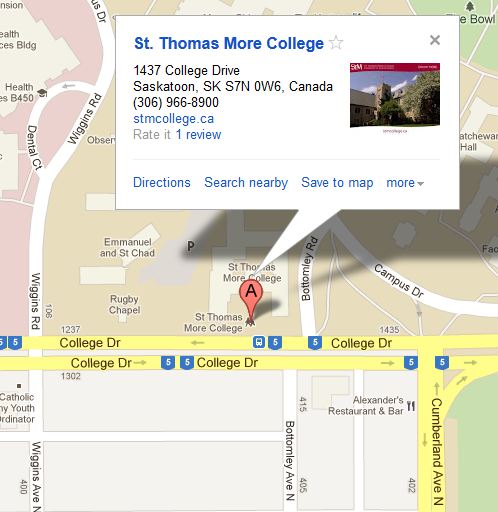